Renewing links on this website gives me an opportunity to promote the work of various friends…..so let’s start with Martin Garcia, “a classic proud Chicagoan” who runs ChicagoArts, paints protraits and hosted a lot of the Luna de Suenos workshops back in 2008 (see under Features in ths website https://creepingtoad.com/features/luna-de-suenos-2008/)

“As an artist I am trying to get new ideas all the time by talking to people and collaborating with others. My Portrait Project has brought me and my work into the homes of hundreds of Chicagoans.”

ChicagoArts is yet another way I am making Art accessible. I use YouTube as an open forum to send information about the wonderful art in Chicago around the world and as the world comes to Chicago I am there to let you know again and again that Chicago is a world class city for the arts.

as part of a longer project for Buxton Museum and Art Gallery, Nothing But Footsteps, I have been working with 2 other artists to explore 21st century responses to 18th, 19th and early 20th century prints and poems about the Peak…..the latest instalment of that project is the following writing challenge. The poetry starting points are offered and the first responses as well….why not send in your own?

For our next poetry challenge, we’ve picked up on one of the peak’s most abiding recreational pursuits, offering you two different perspectives on the noble art of fishing……

The aim of these “challenges” is to give you something to think about and invite you to send in your responses: as poems, as prose, as pictures….as a few words scribbled over a cup oft ea or a considered composition that kept you up half the night…..And “responses”? You may agree with the poems presented – or disagree – or think it’s all rubbish and we should just build motorways – or be deeply indifferent to the appeal of thigh-length waders and lots of cold water.

And when an angler, for his dish,

Through a gluttony’s vile sin,

Attempts, a wretch, to pull thee out,

To pull the raskall in!

Princess of rivers, how I love

Upon thy flowery banks to lie;

And view thy silver stream,

When gilded by a summer’s beam,

And in it all thy wanton fry

And with my angle upon them

The all of treachery

I ever learnt, industriously to try.

This year, entirely unprompted, my Daisy (9yrs) asked me to take her fishing. I haven’t fished since my teens – many moons ago, but we got some stuff out of the cellar and some new stuff for her, and we went. It wasn’t the catching (and releasing) of fish that was the dominant attraction (honest, although Daisy caught heaps more than me), for Daisy and me it was spending time together in the sunshine by the lake’s bank.

Bet she doesn’t want to go fishing at the moment though! Brrrrr!

I’ve never tried fishing (apart from chasing things in rock-pools as a child – and again as a zoology student), but I’m always intrigued to see wild fish in their natural habitat: they seem to inhabit a secret, silent world which overlaps only partly with our own. I like the poems – the first one reminded me of Charles Causley’s poem, ‘I saw a jolly hunter…’

Playing with some fishy acrostics

In the river flow

Sliding from one moment to the next,

2. After too much of

Grasping the chance of

Now and then being

Gone, while the fish still run 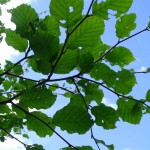 I spent last Saturday (6th November) in Edinburgh at a launch event for the book “Woodlanders”.

Compiled by Reforesting Scotland, Woodlanders explores the relationships between people and woodlands through contributions by lots of  people working in and with woodlands.

So we gathered in a city square in Edinburgh an certainly I, at least, was entertaining  fond imaginings of elegant woodlanders regaling each other with their woody tales and chatting languidly with casual passers by, with all relaxing on the lawns in a late autumn afternoon sun……

So all the contributors and passers by crowded into the event’s Yurt where we talked and chatted, told stories, recited poems, listened to music and sampled tasty wine from Cairn o’Mhor…and probably had a much more convivial time than an elegance on the grass!

come and join Creeping Toad on exciting days developing new ideas, refreshing old skills and finding time for a bit of inspiration to infuse your own activity

Thursday 18th Wild Words – day of storymaking and instant poems, playing with words and using language to celebrate the world around us!

Friday 19th Creative Biodiversity: a workshop to explore the principles of biodiversity: what do we mean, what ideas do we hope to share with people, how can we do this in imaginative, engaging ways

Organised by Wildwise and held at Sharpham in Totnes, Devon

This workshop will include activities that can be used to help groups of all ages use language to explore, enjoy and celebrate their environment.   We will play with words to create instant stories, sudden poems, beautiful moments and laughing incidents. Then we will explore exciting ways of recording written words in bog books, wild scrolls, mapsticks, water pictures and handmade paper.   This day is aimed at professionals working with primary schools  in literacy, art and environmental work.

A  creative day for environmental educators, arts workers, teachers and other educators taking an alternative approach to ‘recycled’ art with the inspiring Creeping Toad.  Gordon will look at how many animals, plants and environments we can create – ranging from miniature model worlds in plastic bottles to plastic bottle animals, to projections and light and giant puppet creatures.

FEBRUARY: more activities to come: half day “Learning Outside the Classroom” sessions in the Peak District

APRIL: an International Year of the Forest day at the Sustainability Centre in Hampshire,

An opening entry as we start a new phase in the life of the Toadhouse website……this summer, Creeping Toad has been very involved in a biodiversity project in the peak District of England. “People, Plants and the Peaks” sets out to encourage people to explore the plants (and animals) of different Peak District habitats

Today we were at the Moorland Discovery Centre on the National Trust estate at Longshaw and about 60 people stopped to join in during the day. We found wonderful fungi, swarms of woodlice, potential slave-ants (rare, magnificent and locally special, apparently). the heather was in full purple and swept across the moorland hillsides in a blaze…..a good day

Next events: workshop on trees, afternoon of 14th september and then there are 3 more events – an autumn richness weekend 16th (Ilam Hall) and 17th (Dove Valley Centre) October and a winter trees day on November 14th at Buxton Country Park. More details will follow